Ayurveda is an ancient medical system that originated more than 5000 years ago. It is a natural healing system which emphasizes on balancing the body and mind. It is considered as the oldest healing science.The word Ayurveda is derived from Sanskrit language and consists of two parts:

“Ayus” means Life and “Veda” means Knowledge or Science. Thus it is also called as “Science of Life”.

The concepts of Ayurveda can be found in ancient Indian texts called the Vedas. According to Ayurveda, everything in universe is made up of five elements: Earth, air, fire, water and space. These

elements in humans are represented by three “doshas” i.e., Vata, Pitta and Kapha. When any of these doshas become imbalanced, the body becomes vulnerable to various diseases. Ayurveda helps in maintaining right balance of the “doshas” by suggesting lifestyle changes and nutritional ideas. How Ayurveda is better than Allopathy:

Apart from these benefits, Ayurveda can be used in various circumstances in which Allopathy proves to be inefficient.

Ayurveda, a vast and ancient science is categorized into eight different branches: 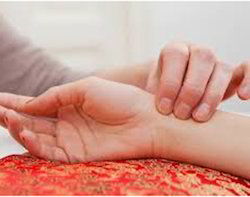 Kaya refers to Agni. It is a digestive fire of a body.Malfunctioning of kaya results in many diseases. This branch of Ayurveda helps to maintain balance of kaya within body. 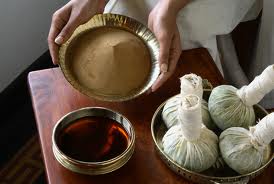 This branch is related to child care right from fertilization of the eggs to the development and growth of a child up to an age of 16. 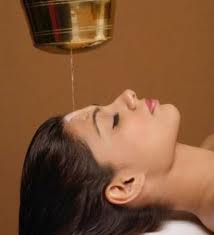 This branch involves diagnosis, treatment and prevention of the diseases related to eyes, ear, nose and throat. This branch of Ayurveda is related to producing best offspring which is an important aspect of life and a great gift to our society. This branch also deals with the problems related to infertility and the sexual aspects of life.

This branch deals with the prevention and treatment of mental and emotional disorders. This branch effectively treats mental disorders, emotional imbalances and also provides calmness to mind.

It is a branch of Ayurvedic science which deals with the rejuvenation of the body, preventive techniques related to ageing, prevention of diseases thus leading to healthy and the energetic life. It also provides details related to our nutrition in order to enhance immune system of the body. This branch of Ayurveda deals with the treatment of poisoning due to various sources such as animals, snakes, food, etc along with their antidotes.